The Battle of Gornyi Dubnyak took place during the 1877-1878 war between Russia and Turkey. Men from the Finnish Guard Battalion took part in the fighting. In October 1877, 24 Finnish soldiers were killed and 99 wounded capturing the fortress at Gornyi Dubnyak in what is present-day Bulgaria. The names of the fallen Finnish soldiers are inscribed in the memorial.

The memorial doesn't belong to the collections of the Helsinki Art Museum. 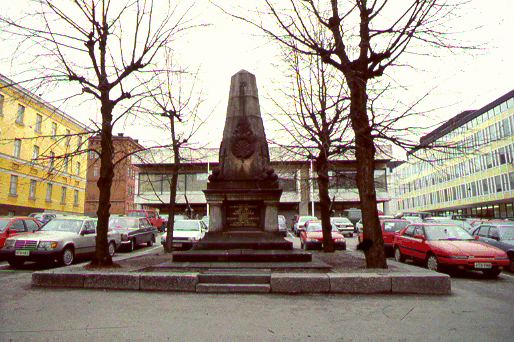 Frans Sjöström: Memorial commemorating the battle of Gornyi Dubnyak, 1881. You may not use this photo for commercial purposes. © Photo: Helsinki Art Museum