Helsingin rakentajien.../ Monument to the Builders of Helsinki, 2000

The monument to the builders of Helsinki was erected in summer 2000 in conjunction with the 450th anniversary of the city, next to the 400th anniversary monument on Kellomäki in the Old Town.The monument bears the following inscription:IN THE YEAR 1550 KING GUSTAV VASA ORDERED THE BURGHERS OF PORVOO, ULVILA, RAUMA, AND TAMMISAARI TO BUILD HELSINKI

The initiative for the monument entitled 'How Helsinki got its start' was made by the City Board of Rauma, and the monument was donated to Helsinki by Porvoo, Tammisaari, Ulvila, and Rauma, from all of which people moved to the new town founded in 1550 by Gustav Vasa, King of Sweden. The stone monolith standing almost two metres tall is made of black diorite, and was designed by architect Raimo Sundelin.

Helsingin rakentajien.../ Monument to the Builders of Helsinki, 2000 – Service Map 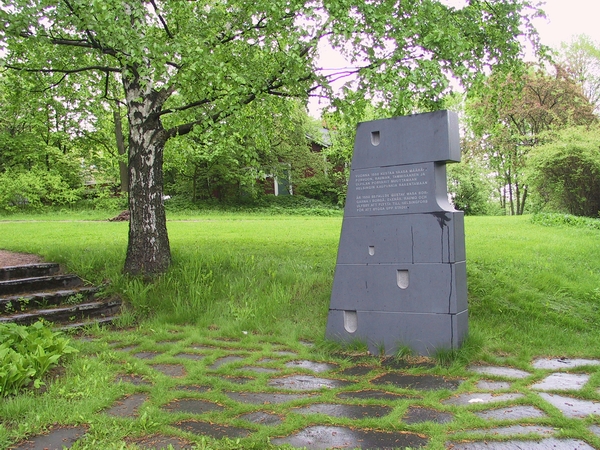