The extension of the University library was designed by Gustaf Nyström and completed in 1905. The facade of the extension, known as the Rotunda, has allegorical reliefs by Walter Runeberg, the son of the national poet and the artist behind numerous monumental sculptures of the late 19th century. There are nine reliefs, located on the pillars of the crescent-shaped wall. They depicting female figures personifying arts and sciences. In addition, the symbol of each scientific discipline and its Latin name is found under each relief. The works contain a reference to the mediaeval practice of using female figures to represent the seven liberal arts. The symbols are modernized versions of themes rooted in Antiquity, and of established images and symbols of Western culture.

Beginning from the right-hand corner, the reliefs depict Historia, Iuris prudentia, Philosophia, Ars, Medicina, Theologia, Astronomia, Physica and Historia. The symbols are, respectively, an hour glass, a hand raised in oath, the plant acanthus, a lyra and laurel leaves, a serpent coiled around a staff, the Holy Trinity surrounded by a serpent, a star, scales and an owl. These symbols are also found as decorations above the heads of the figures themselves. The facade of the library contains allegorical reliefs by Carl Magnus Mellgren. A memorial plaque to J.A. Ehrenström and C.A. Engel is located on the southern section of the wall circling the library.

The reliefs don't belong to the collections of the Helsinki Art Museum. 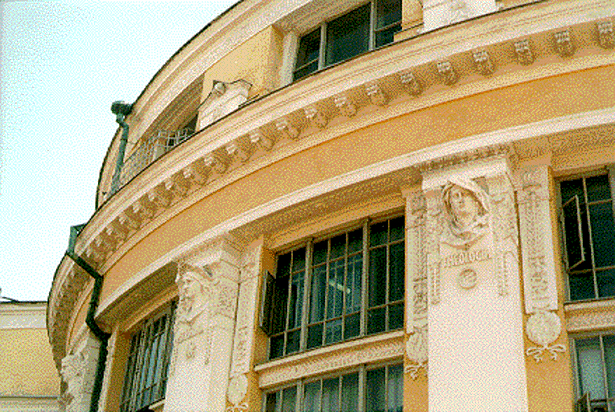