General Julius af Lindfors (1831-1903) donated funds for the construction of the winter gardens in the City Conservatories. His holdings in Fiskars and Suomen Höyrylaiva Osakeyhtiö, a steamship company, provided him with the means to sponsor culture generously. As the chairman of the Finnish Society of Crafts and Design, he played an important role in the promotion of Finnish culture.

Strong idealism is characteristic of Walter Runeberg's (1838-1920) sculpture. He was influenced by Neo-Classicism more than anything else, and although his work did later become more realistic, it never lost it's elegant Classicism. Walter Runeberg was so respected that he was almost considered a national sculptor; in fact, in the latter half of the 19th century, nearly all monumental memorials were commissioned from him. He later became an artist admired and respected in all Nordic countries.

The sculpture is cast in bronze and was erected in 1909. The pedestal contains the text: "J. af Lindfors Donator". 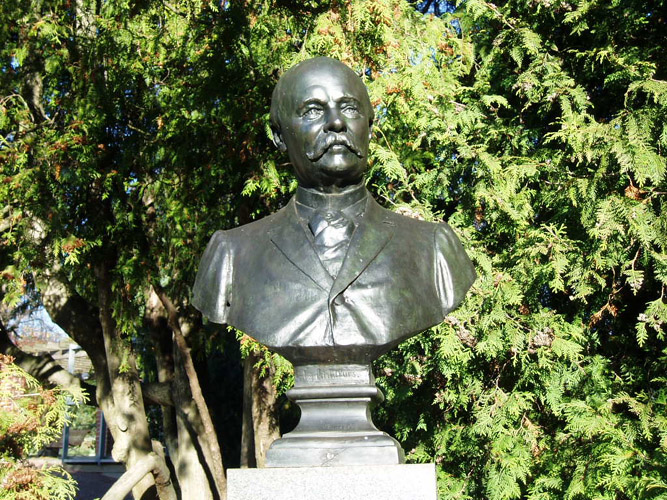 Walter Runeberg: Statue of Julius af Lindfors, 1909. You may not use this photo for commercial purposes. © Photo: Helsinki Art Museum / Maija Toivanen