Already during his studies in the 1880s Emil Wikström adapted a realistical approach in his art. In the 1890s, he became increasingly interested in the themes of Finnish National Romanticism. Wikström is known as one of the Finnish artists who created national symbols and icons of Finnishness using the animals and plants found in Finland.

The National Romantic movement sought domestic replacements for the lion in Finland's arms and one of the most popular ones was the bear, the apple of the woods, the honey-paw. Wikström had designed a bear-sculpture for the Finnish pavilion at the 1900 Paris World Fair. This pavilion was also the beginning of the cooperation between the sculptor and the pavilion's designers, architects Herman Gesellius, Armas Lindgren and Eliel Saarinen. In 1909, a granite bear was commissioned from Wikström for the steps of the National Museum, designed by the three architects. The bear was unveiled in 1918. 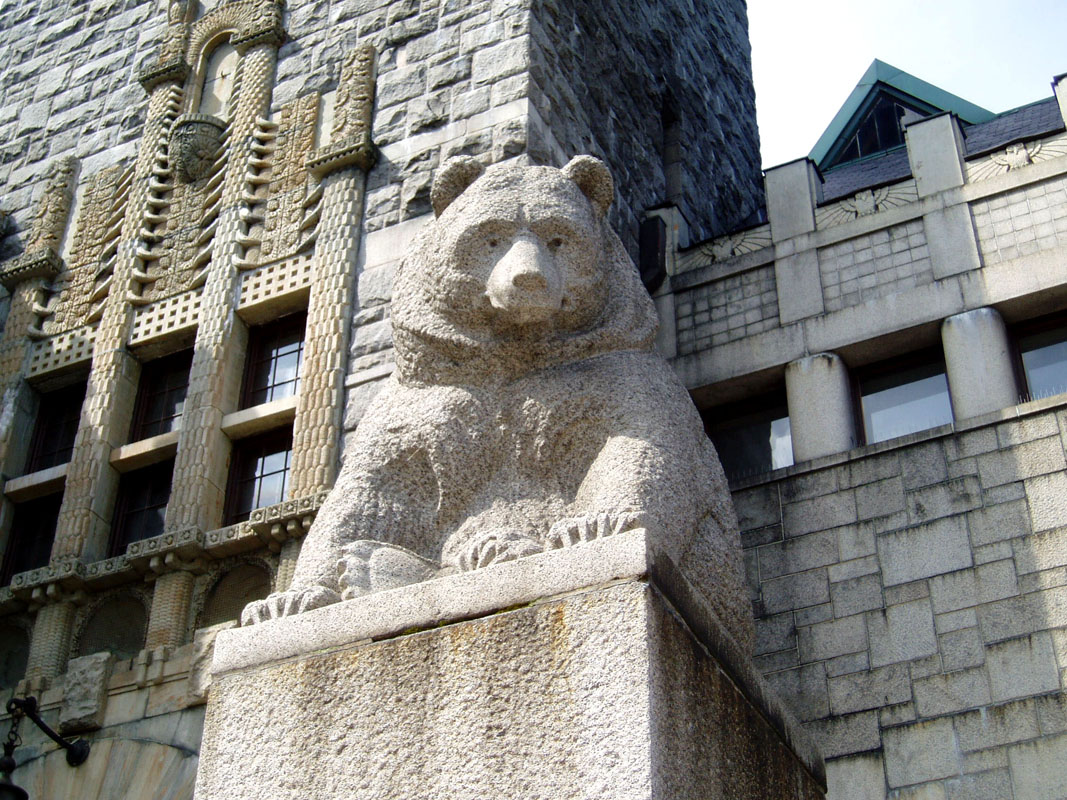 Emil Wikström: The Bear, 1918. You may not use this photo for commercial purposes. © Photo: Helsinki Art Museum