Aimo Tukiainen played a central role in the Finnish art world of this century. In addition to his artist's career he chaired both the Artists' Association of Finland and the Association of Finnish Sculptors. His best-known work is, without doubt, the statue of Marshal Mannerheim, considered by many as the most demanding subject of the 20th century Finnish sculptor could have tackled. In his work Tukiainen emphasized his worker roots, as is shown by the garments of the parents in the Consumer Family and the factory visible behind them, lending depth to the relief. The work is typical of the stylized realism the artist often applied in the 1950s. This grey-granite relief is an integral part of the building's wall. 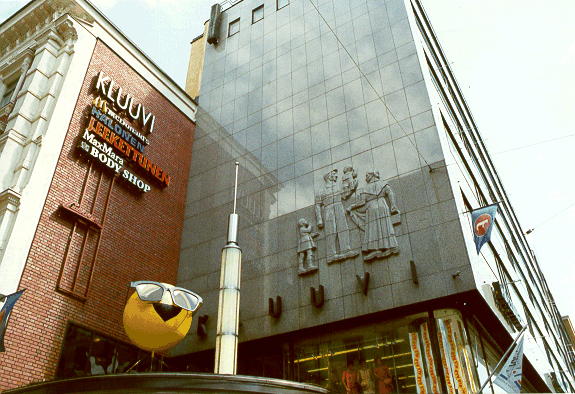 Aimo Tukiainen: Consumer Family, 1950. You may not use this photo for commercial purposes. © Photo: Helsinki Art Museum