Kari Cavén was the first artist selected by the Helsinki City Art Museum under a new programme of commissions in which the artists themselves choose a location and create an art work for it.

Cavén's choice for location was a concrete footing that had been part of a power line in the middle of Pikku-Huopalahti bay. After making numerous sketches, Cavén finally selected the piece entitled "Short Island", which was unveiled on December 12, 1997.

Kari Cavén began his career as a painter but started to experiment with wood, metal and scrap in the 1980s, inspired by the Arte Povera movement. His works quickly won recognition, and he was chosen Young Artist of the Year in Finland in 1985. Characteristic of his art is his skilled working of wood into objects that raise a host of associations and combine a classicist line with playful insights. 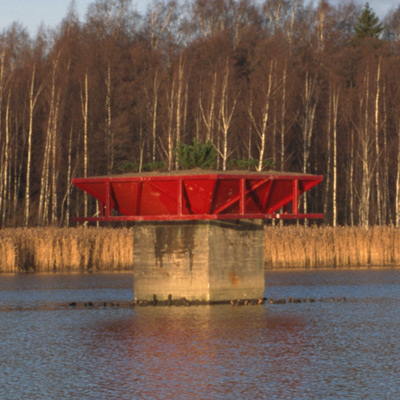