Moving Units, the third project by a London group called The Side Effects Of Urethane, has designed and taken part in the production of this piece of art called Triangle Block. Situated at the north end of Kiasma, it is a part of the URB05-exhibition and festival. Being 3 x 3 meters in size and made of concrete, it is meant to be used by skateboarders.

A similar "skateboardable" piece of art, has been planned to be placed in eastern Helsinki. The work doesn't belong to the collections of the Helsinki Art Museum. 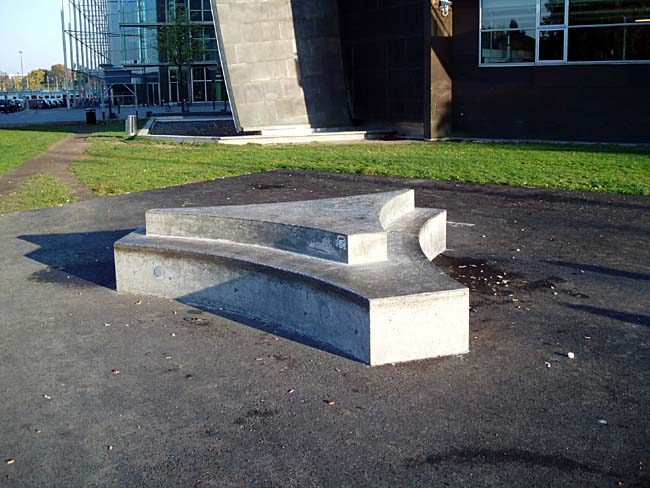 Moving Units: Triangle Block, "skateboardable" sculpture, 2005. You may not use this photo for commercial purposes. © Photo: Helsinki Art Museum