Juhana Blomstedt's Free Throw is a tribute to sports and to basketball culture, especially to the enthusiasm for basketball that developed in Munkkiniemi and at the local school. The tapering steel shape symbolises one key element of basketball, the free throw. The tip of the arc depicting the flight of the ball ends at the precise height of the basket ring, 3.05 metres from the surface of the court. At its highest point, the steel work is nearly 6 metres high.

Known as an active player who in his youth played with the Torpan pojat team, Juhana Blomstedt was one of the leading classic modernists in Finland. His main interest was the laws of perception and the ambiguity of geometric forms. Free Throw was Juhana Blomstedt's last completed work. Money for the sculpture was raised by a public collection. The patron of the project was the Munkkiniemen säätiö foundation.

The sculpture was donated to Munkkiniemi Co-Educational School in October 2010 in conjunction with its unveiling. 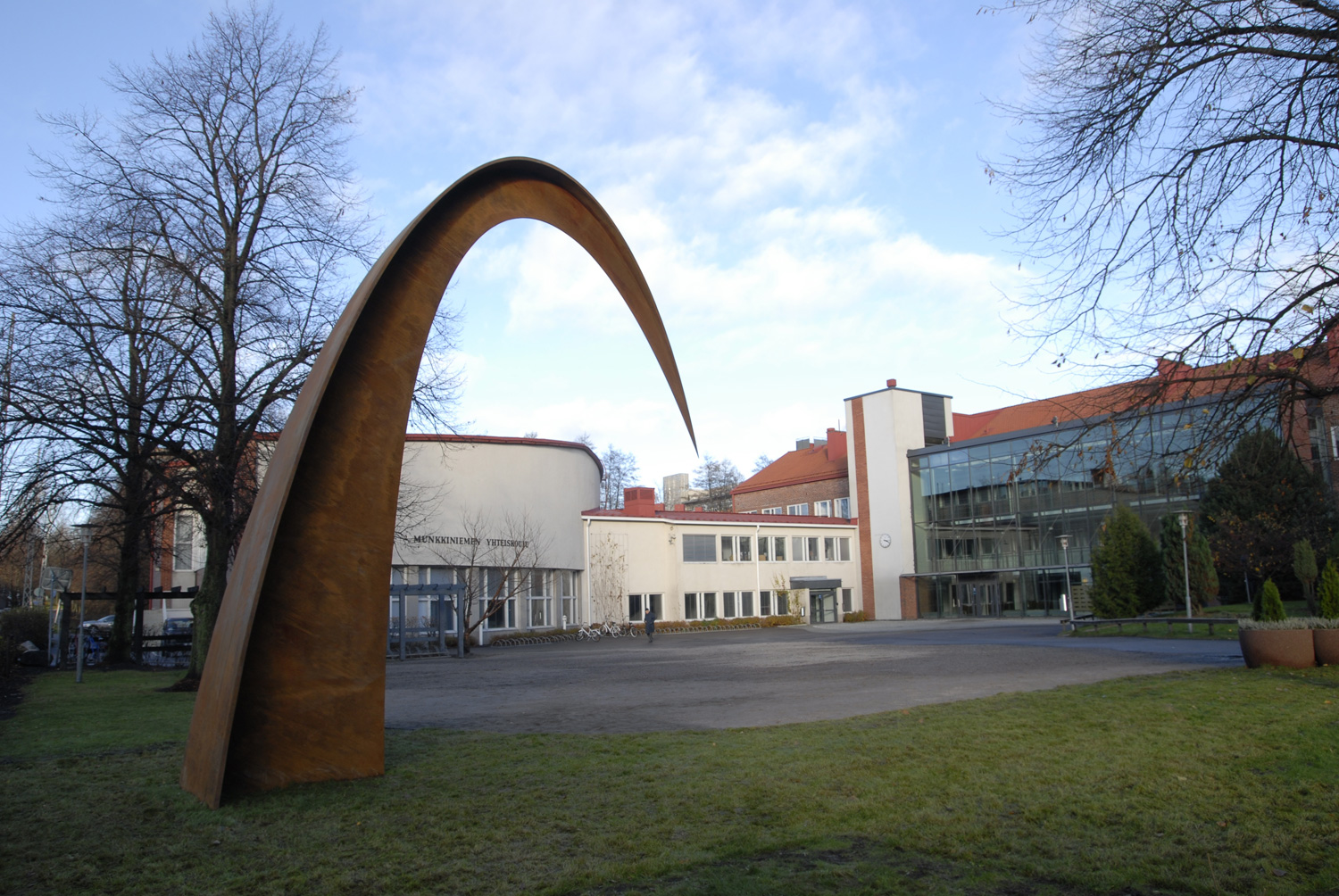 Juhana Blomstedt: Free Throw, 2010. You may not use this photo for commercial purposes. © Photo: Kuvatapio